APTI members worldwide can relate to Detroit’s multi-layered history; combating urban blight and economic decline; revitalizing infrastructure; and managing growth. The colonial forts and maritime structures, the birthplace of industrial manufacturing, and mid-century modern landmarks by the world’s greatest architects will be explored. Building preservation work, at an all-time high and of buildings thought to be lost to the wrecking ball, will showcase the restoration and reinvigoration of life after decades of abandonment. Come join us in Detroit in November of 2022 and see the revitalization of this great city taking shape! 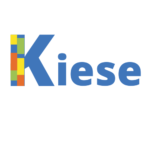